Woman at crossroads after paying her mum a surprise visit found her with another man and what she was about to do next OMG! 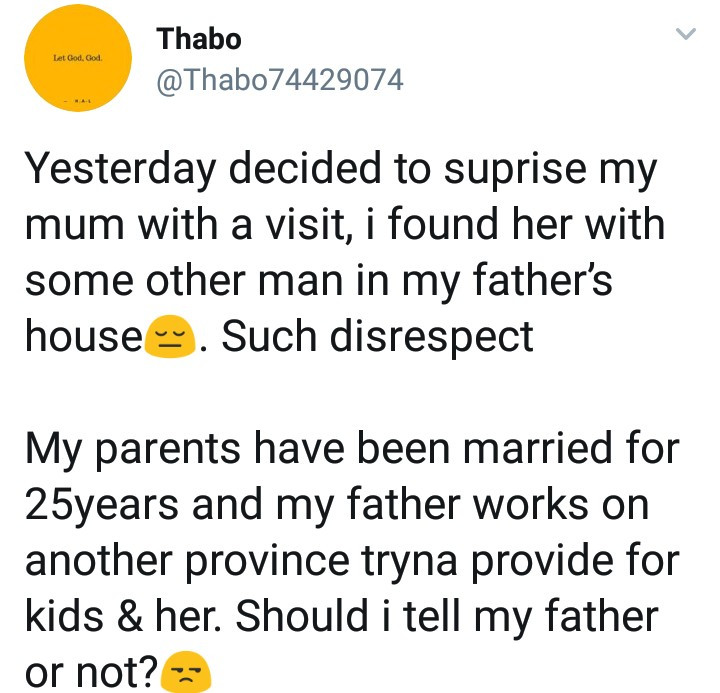 A woman is confused as to what next to do after she paid her mother a surprise visit only to find her with another man.

Thabo said she visited her mother at her parents' home on Saturday, when her father wasn't around, and she saw some other man with her mother.

Now, she wants to know what next to do. She says she has the option of telling her father about her mother's infidelity, but her father loves her mother so much and it could kill him or raise his BP. On the other hand, she's worried that if she doesn't tell him and he finds out on his own, then learns that she knew all along, he'll be disappointed. 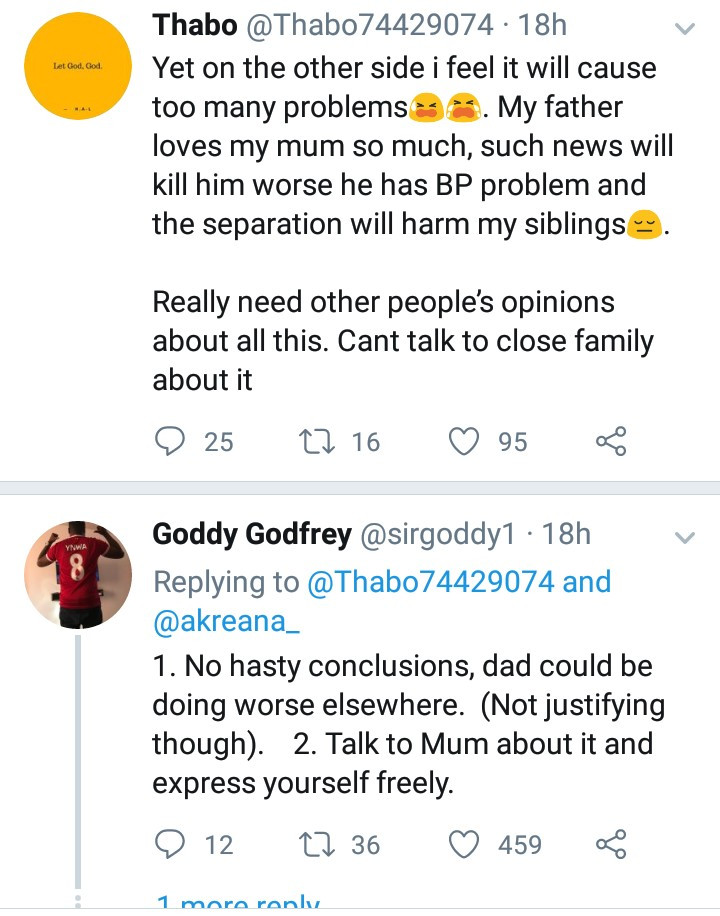 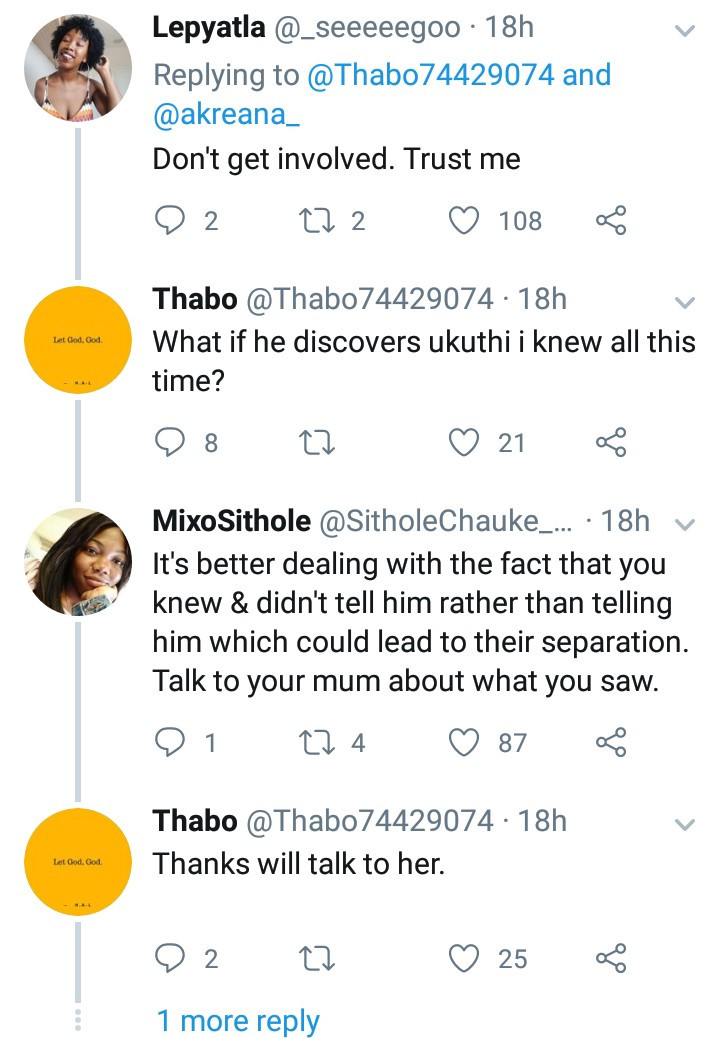